WE ARE ARGYLL & BUTE

Argyll and Bute is on the West of the country and has 23 inhabited islands including the Isle of Bute and the Inner Hebrides and includes the key towns of Oban, Campbeltown,  Helensburgh, Rothesay,  and Dunoon. It has miles of coastline with truly stunning views and is known as Scotland’s Adventure Coast with all its experiences available for the visitor. 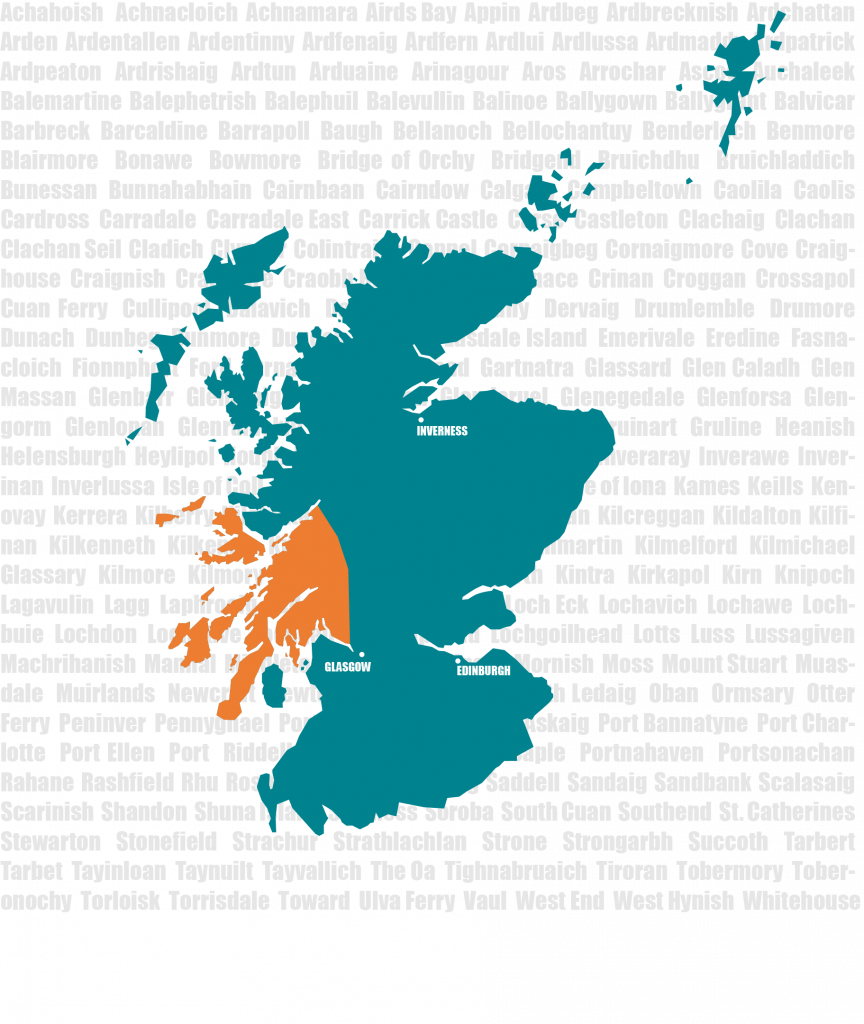 Argyll & Bute – about us

Argyll and Bute has 23 inhabited islands, including Bute, Islay, Jura, Mull, Iona, Coll and Tiree, more than any other local authority in Scotland.

The council area is bounded by the urban areas of Helensburgh and Dunoon along the Clyde, Loch Lomond to the East, the Mull of Kintyre to the south, Atlantic Islands to the west, and the Sound of Mull and Appin to the north.

The area’s population of 85,870  is spread across the second largest local authority area in Scotland covering a land area of 690,946 hectares.

The islands are a great attraction for visitors each with something different to offer, sandy beaches, stunning scenery, remoteness, wildlife, seabirds and island hospitality. Fingal’s cave on Staffa for instance is an amazing sight and one that you will always remember. Each of the various towns in the region are different. Oban is famous for its seafood and whisky, Inveraray for its original jail with waxwork figures and real history depicted. There are castles scattered around the region and lots of history to find out about. The region has seven national nature reserves, lots of parks and gardens and lots of wildlife to see including red deer, puffins, seals, and golden eagles. For the adventurer there are watersports, sea kayaking, bike trails, walking trails, munros to climb and more.